New ideas and a fresh approach is the hallmark of Cubic and the company’s work on the Tyree Energy Technologies Building at the University of New South Wales was no exception. 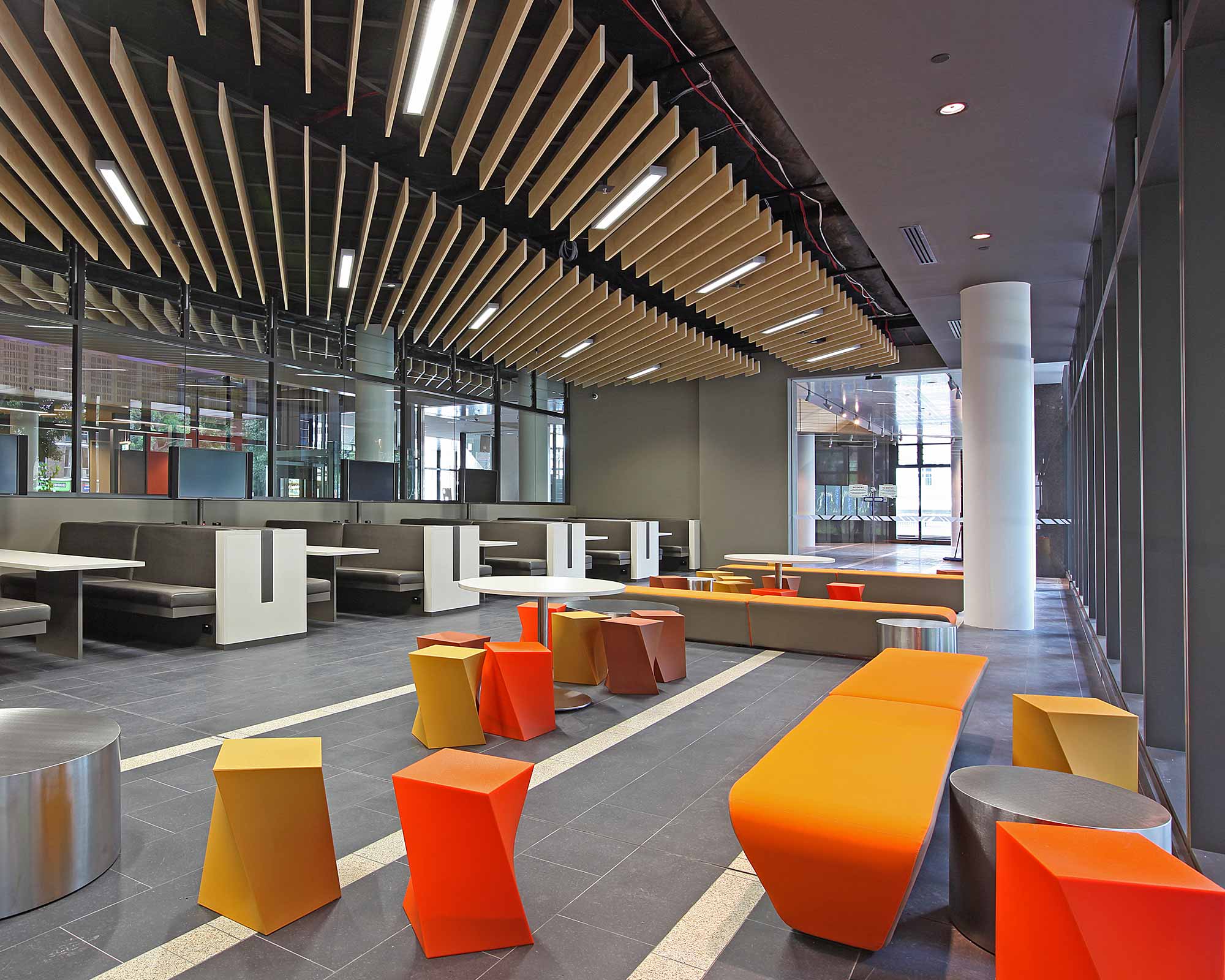 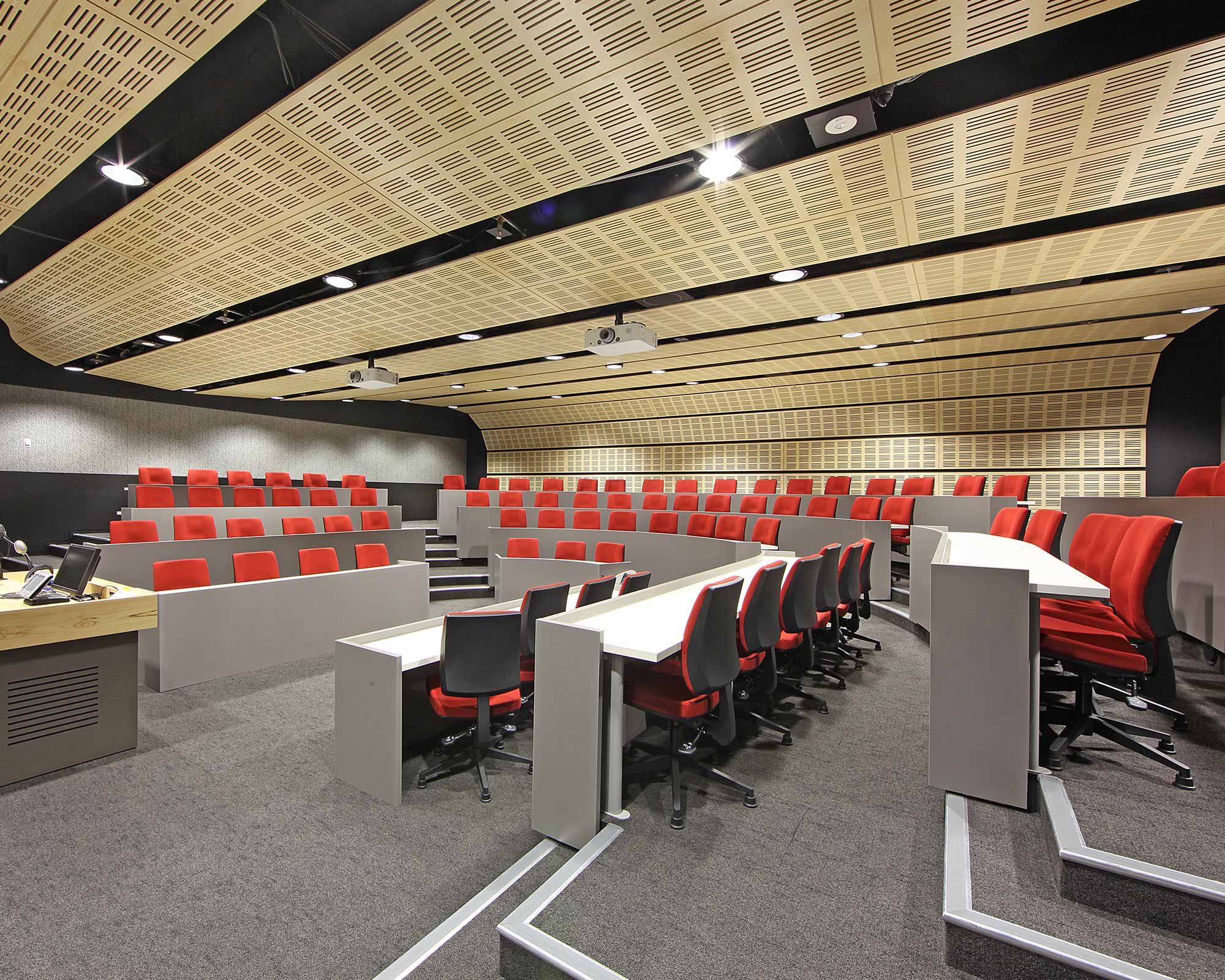 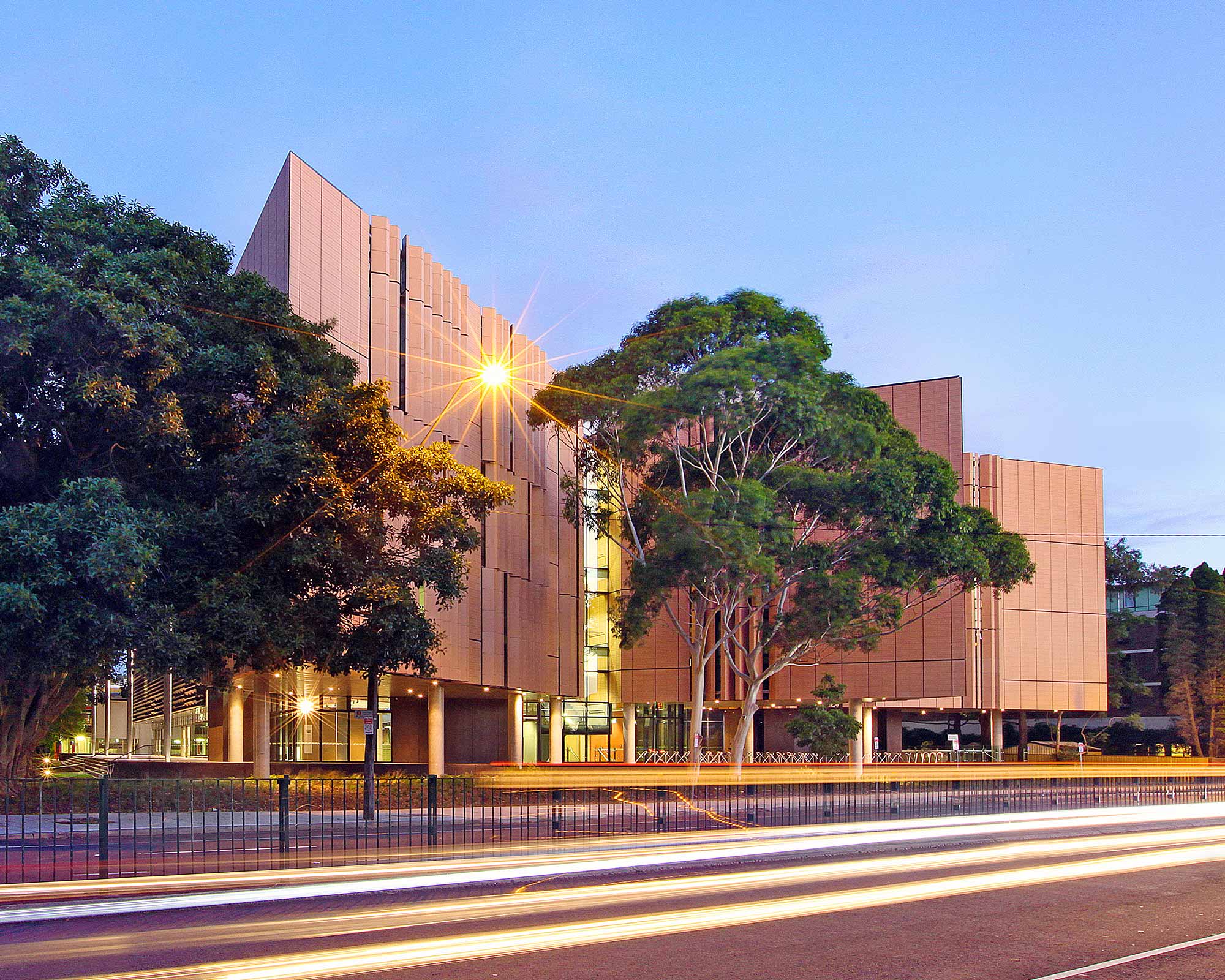 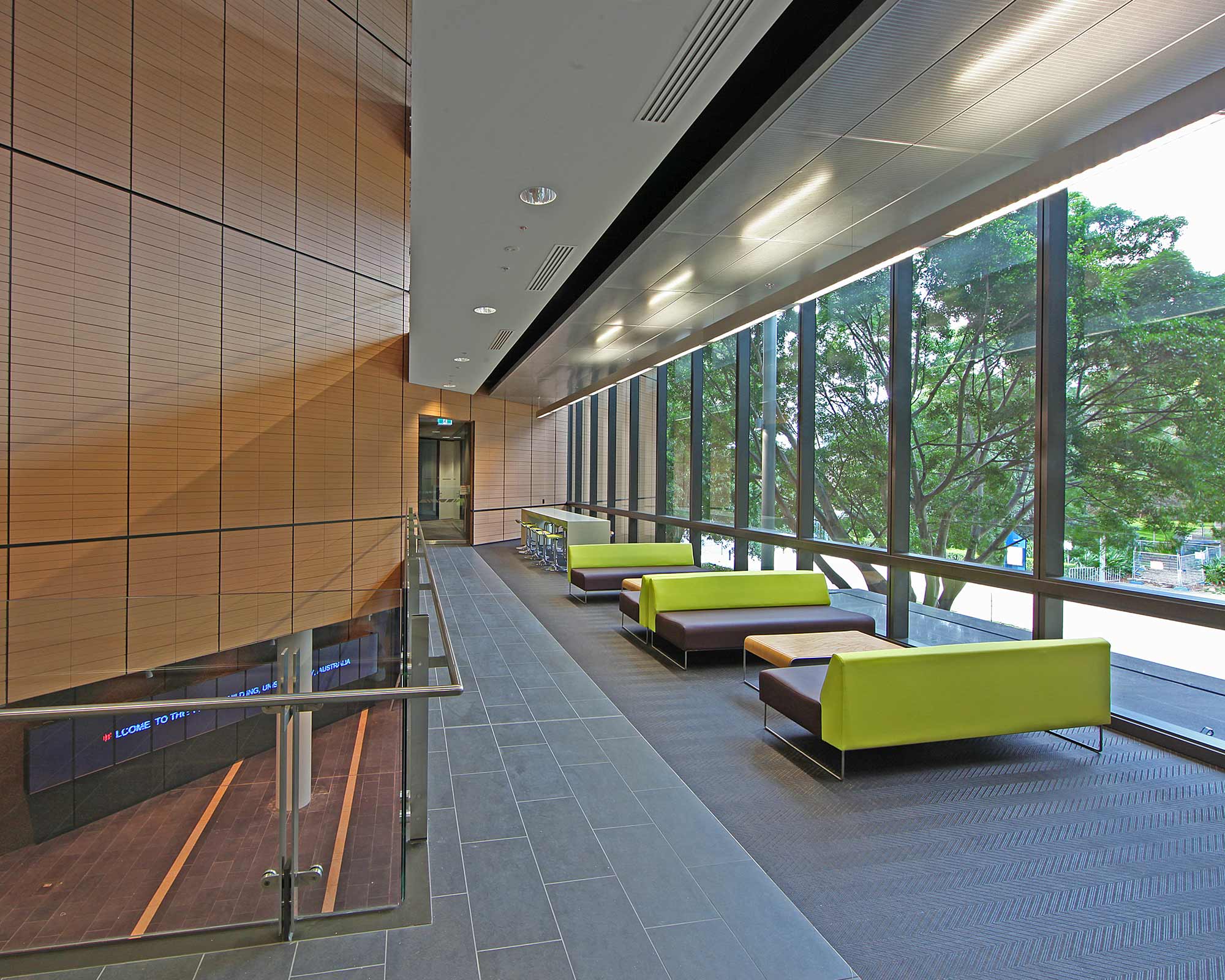 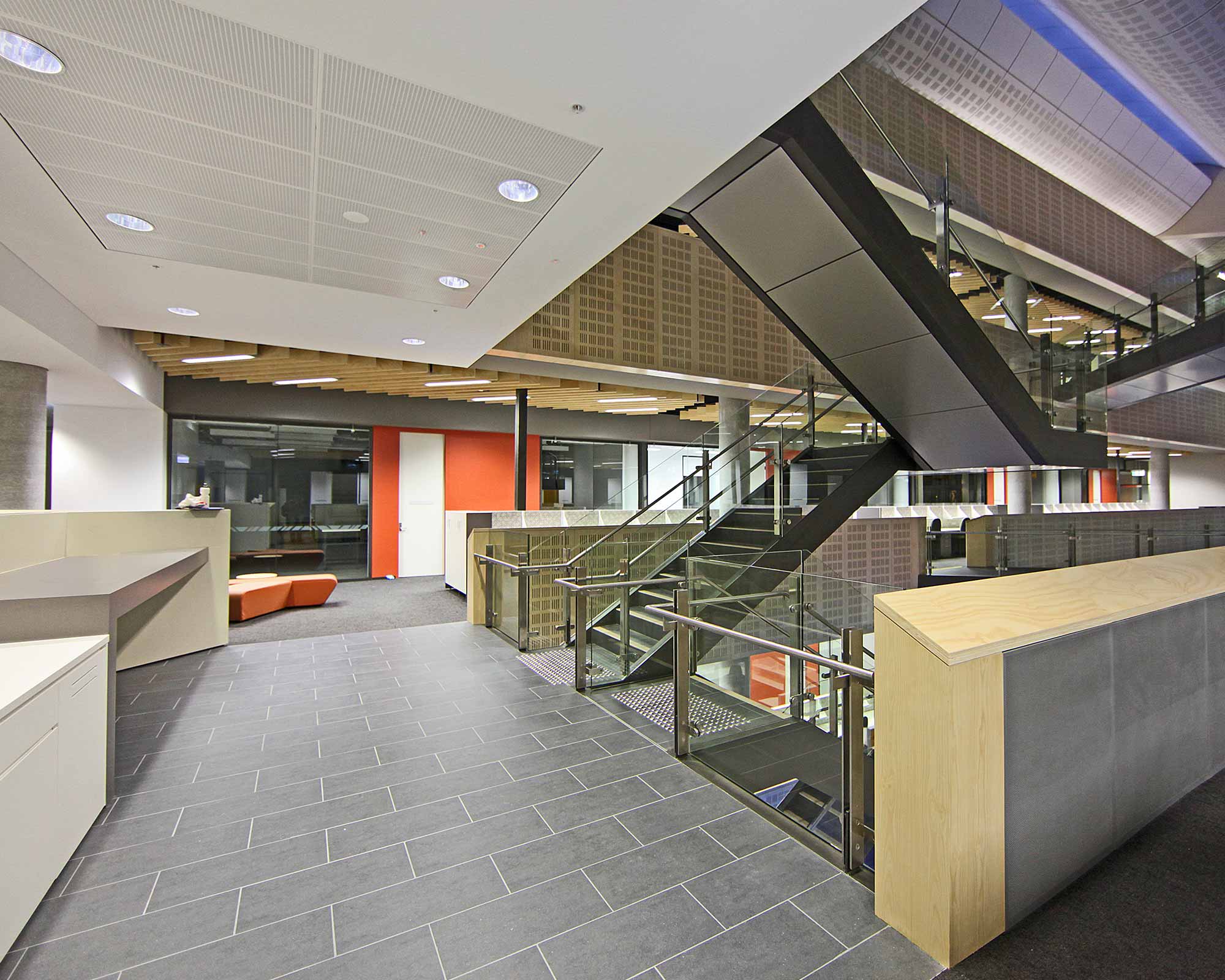 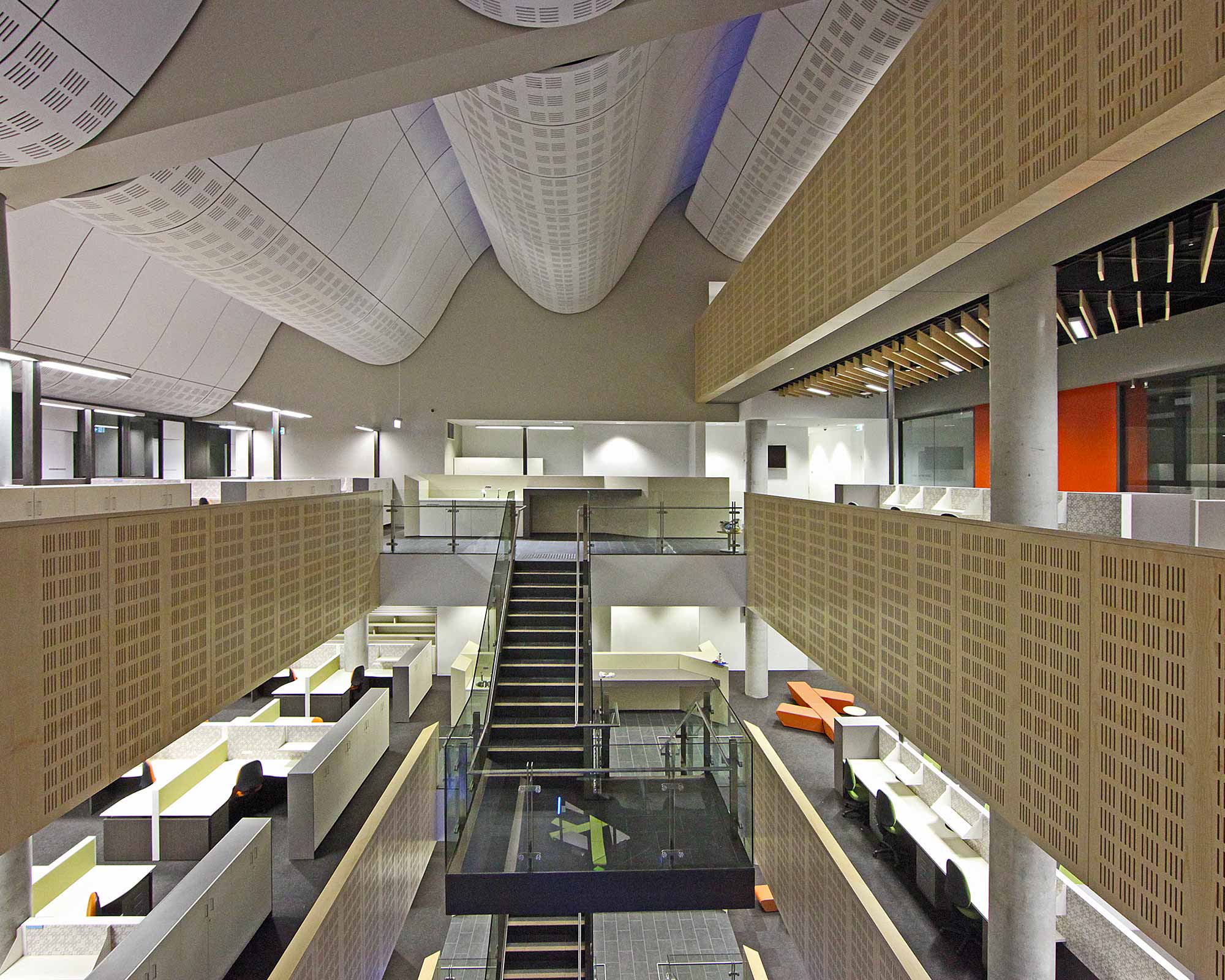 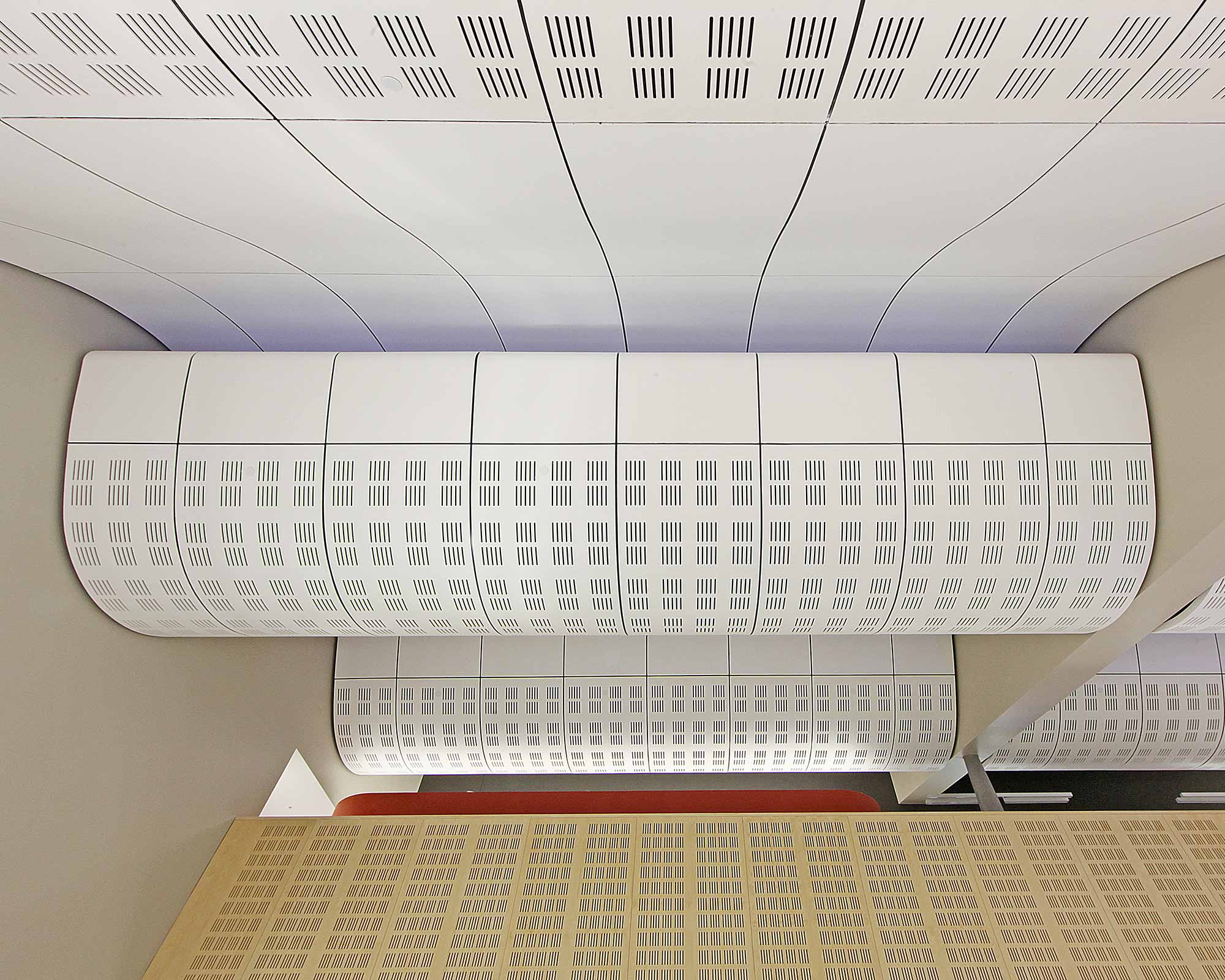 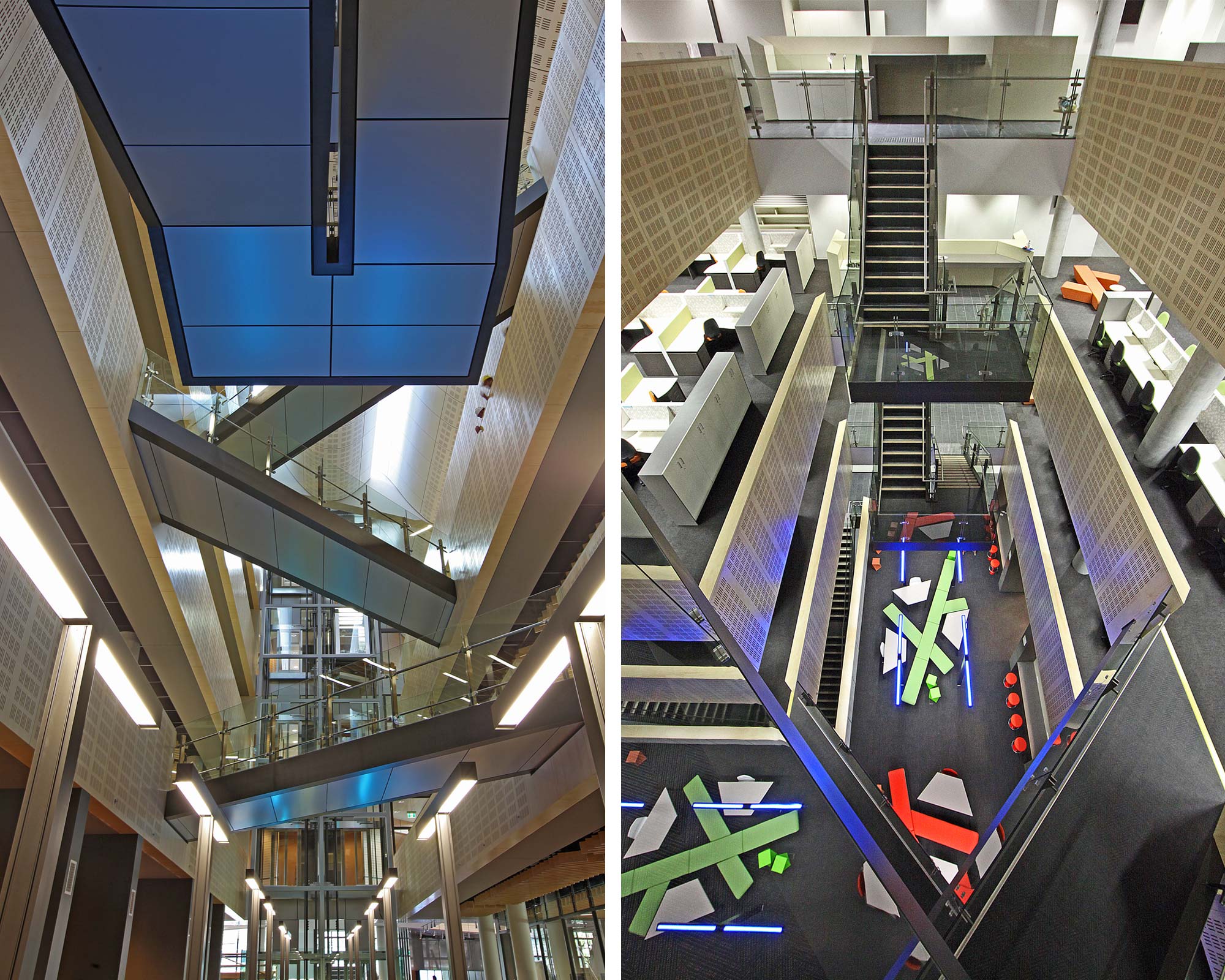 Cubic was responsible for all the partitioning, glazing, solid and suspended ceilings in the iconic UNSW building. The scope of works included not only fitout, but also designing the unique structures that were set to become a hallmark of the structure.
Robert Migliorino, Cubic’s Chief Executive Officer said developing ideas for the building which incorporates laboratories, offices and a stunning atrium, was a challenge but one to which Cubic was ideally suited.

“There were some new ideas used in the fitout. We used fibrous plaster for the spoon-shaped ceilings to achieve the geometric shapes required and the sound and acoustics needed,” he said. “All the profiles of the ceilings were done on Computer Aided Design technology and models were then made from composite materials to ensure the designs would work.”

The suspended ceiling system was constructed from plaster board, timber blades, metal pans and the unique spoon ceiling under the atrium roof is done in fibrous plaster, shaped using moulds. The casts for the moulds used to construct the curved panels were completed in Perth and the sections were then transported to Sydney. More than 500 sections were required to complete the project which involved more than 80 trades people on site including carpenters, glaziers and plasters for more than five months. 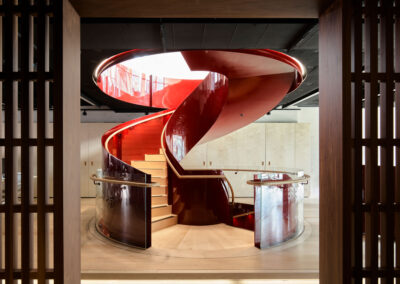 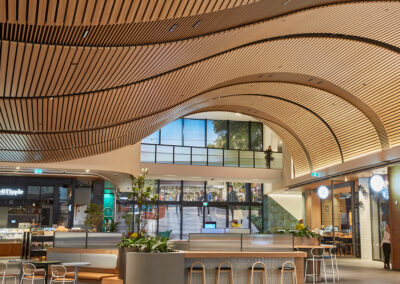 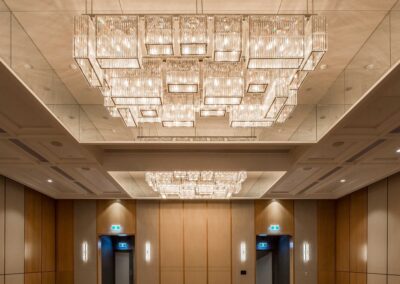 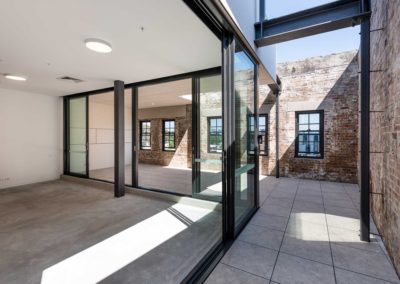 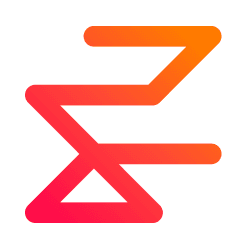